Welcome to the Sixth Alexander Frauchi International Guitar Competition! It will be held from November 12th through November 17th, 2019, hosted by the Gnessins’ Russian Academy of Music. This year, the total value of the prizes exceeds 20,000 euros; also all those foreign and non-resident participants of the Competition who are advanced to the Third Round will be awarded a scholarship in the amount of costs paid for travelling from their place of residence (de facto residence) to the city of Moscow and back. Alexander Frauchi International Guitar Competition is held biannually. In the 'non-competitional' years the Alexander Frauchi Foundation is organizing «Two evenings in November» festivals.

During the competitions of 2009, 2011, 2013, 2015 and 2017, the prize-winners of the first prizes were Tengyue (TY) Zhang, Rovshan Mamedkuliev and Artyom Dervoed, of the second prizes – Pavel Kukhta, Konstantin Okudzhava, Anton Baranov, Vera Danilina, and Andrea de Vitis. 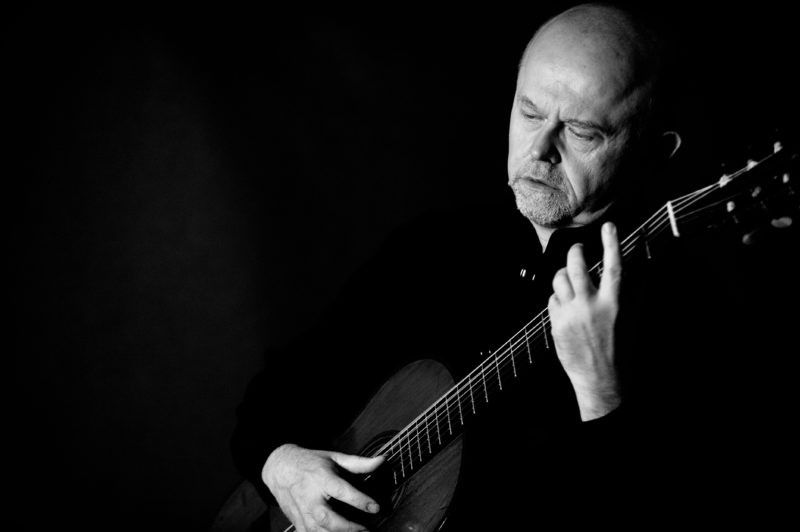 “Here was a guitarist who knew how to laugh with the music and share the joke with his audience. But behind the entertainer lies a serious artist, whose extended composition in memory of Jana Obrovska proved fully capable of stirring emotions at the other end of the scale. Never was a standing ovation more richly deserved. Pavel Steidl had won the hearts and minds of a capacity crowd.” 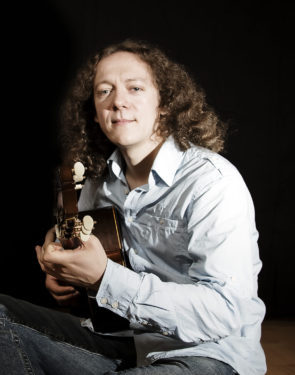 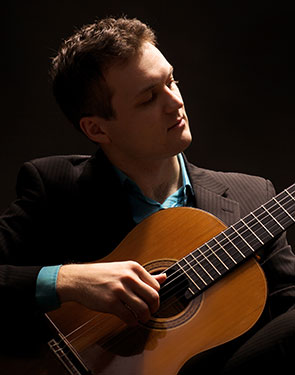 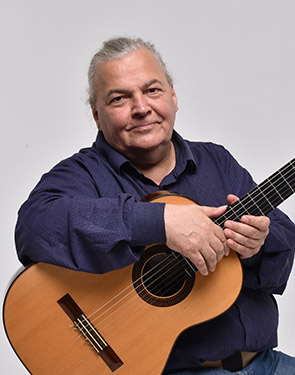 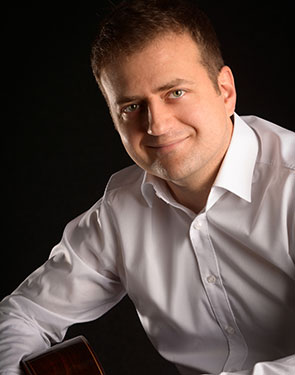 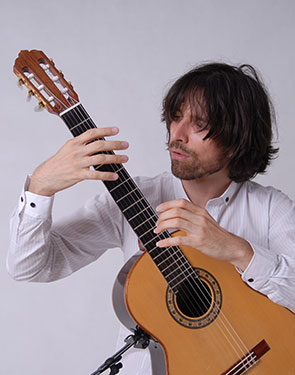 Guitarist, composer, and guitar teacher from Hungary. He has been holding master classes worldwide in English, German, French, Russian, Italian and Spanish languages. 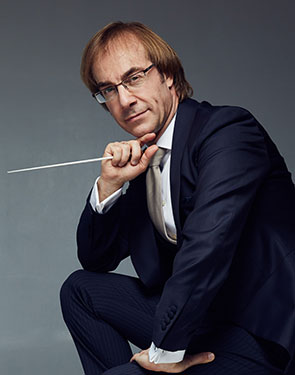 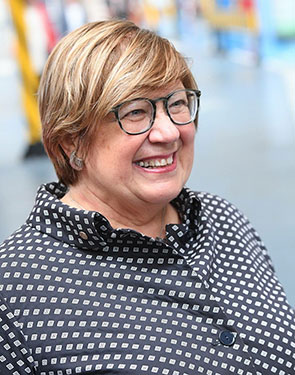 Daughter of Michele Pittaluga, the Founder of the Alessandria international guitar competition, Micaela Pittaluga is the President of the Pittaluga Competition and is the head of the Organising committee since 1995. 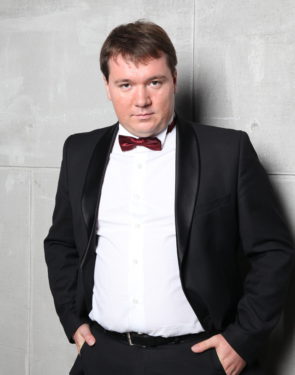 Artistic Director of the Competition and Festival

Registration of the competitors / draw procedure

Lobby of the Concert Hall of the Gnessins’ Russian Academy of Music – Registration of the competitors / draw procedure.

Concert Hall of the Gnessins’ Russian Academy of Music.

Round 1 of the Competition

Round 1 of the Competition

17:45 – Announcing of the results of the 1st Round, announcing the list of masterclasses participants.

Chamber Hall of the Moscow International House of Music

Round 2 of the Competition

Shuvalov’s Musical Drawing Room – Round 2 of the Competition

Lecture and meeting with the guitar luthier Yuichi Imai (Japan)

Shuvalov’s Musical Drawing Room – Lecture and meeting with the guitar luthier, a sponsor of the competition Yuichi Imai.

Concert Hall of the Gnessins’ Russian Academy of Music.

The Festival Gala Concert of the Russian and foreign stars of classical guitar:

Chamber Hall of Gnessins’ Academy of Music – Round table

Round 3 of the Competition

Concert Hall of the Gnessins’ Russian Academy of Music – Round 3 of the Competition.

The Round 3 is held with participation of Russian Philharmony Orchestra, conductor – Fabio Mastrangelo.

We are delighted to be part of this great festival. We remember Mr. Frauchi with great fondness and it is a privilege to be able to honor his name with our participation!

“Alexander Frauchi International Guitar Competition” with its luscious prizes and fantastic organizing team is one of the best in the world. And the accompanying festival with spectacular concerts and the most welcoming organizers is reason enough to lure everyone to come and take part. Congratulations to the organizing team for such a wonderful experience.

Fill out your information

No tickets to display here! You will need to add some.

The Concert Hall of the Gnessins’ Russian Academy of Music is placed just in the center of the capital. It is rightfully considered to be one of the best concert halls of the city. There is an excellent acoustics in the hall, and it is provided for concerts, as well as for theater performances. All these facts combining with its comfort make this hall convenient for the performance of different measures: solemn ceremonies, national holidays and corporate meetings. Student opera performances took place in this hall from the very beginning of its existence. The modern audio equipment allows making quality records of concerts, and magnificent lighting engineering creates any required atmosphere in the hall. There are several concert grands (including Steinway & Sons and Yamaha) in the hall. Also, an electronic mutlimanual organ manufactured by Makin is installed in the hall.

The Small Hall of the Moscow Conservatory is one of the finest chamber halls in the capital and many great masterpieces of music have been heard within its walls. With nearly ideal acoustical properties, the Small Hall is renowned for its chamber concerts featuring leading performers of the present day.

The opening of the Small Hall took place on October 25, 1898, with “A Musical Morning in Memory of Pyotr Tchaikovsky”, marking the fifth anniversary of the great Russian composer’s death. Until 1959, the Small Hall housed an organ made by Friedrich Ladegast which was given to the Moscow Conservatory in 1886. The present organ was built in the former German Democratic Republic by Alexander Schuke Potsdam Orgelbau GmbH.

The Small Hall plays host to class evenings of the Conservatory, festivals and competitions, including sessions of the International Tchaikovsky Competition.

By decision of the Conservatory’s Board of Academics in November 2006, the building in which the Small Hall is housed (the First Academic Building) was named in honor of the composer Sergei Taneyev.

Pillar Hall of the House of the Unions

Between 1784 and 1787 the original building was redesigned and rebuilt by Russian architect Matvey Kazakov. In particular, Kazakov added the monumental Pillar Hall in place of the interior courtyard of the building. The hall was named after 28 internal Corinthian columns, all wood with white faux marble finish.

In 1860 Russian Musical Society began a tradition of symphony concerts in the Pillar Hall. Their organizer and conductor was Nikolai Rubinstein.

Today the building’s appearance is still very close to Kazakov’s original, despite numerous exterior alterations (the last of which was made in 1903-1908).

The Moscow Planetarium has become one of the biggest and brightest stars on the Moscow museum circuit, now incorporating all kinds of high-tech gadgetry, interactive exhibits and educational programs. The centerpiece is the Large Star Hall (the biggest in Europe!), with its 25m silver dome roof, a landmark which is visible from the Garden Ring.